The Time of Waiting - Coming to an End! 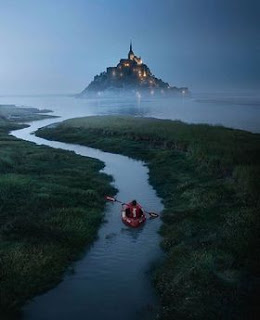 9/27/2020
Ladies and Gentlemen,
In this last several months of Trying Times, Trying People - Trying Our Patience, while dealing with Masks and Face Coverings, of a man made virus with Fake Media and hell pronouncing nothing but chaos and warfare - We have Endured! 🙏🙏🙏💯💯💯
For So Many it has been a Long Season of “Testing and Suffering.” Those speaking words that were not the kindest, people from a distance questioning and judging, yet they didn’t realize through it all - God was setting YOU up for a Major Breakthrough! Are You Ready??
“God’s Will” for us, though extremely painful, is that we have a change of heart and compassion for others even more so than ever before. It was so God could show His faithfulness in spite of the struggle and through the struggle experience a Greater Anointing after, as well as, having room enough to receive “ALL” God has “Promised” us!
See it was only after a very long “Season of Testing and Suffering“–
Joseph reached the place of “Promised Royalty” by God because he didn’t quit – Even with God’s favor, he endured, but continued “Praising” in the midst of his process!
Job received “One Hundred Fold Increase” at the end of his “Testing” than he ever had in the beginning and never blamed God but Praised God in spite of what others said, “To curse God and Die”- But Job said, “Naked I came and Naked I will return - Blessed be the name of the Lord – The Lord giveth and the Lord taketh away, Blessed Be His name!”
King David was a man after God’s own heart and even after major mistakes, including adultry and murder - Still received such favor and blessings from the Lord! He danced his robe right off publicly, in Praise to God because of his Love and Passion for the Lord - Even though his own wife despised him and was jealous of his “Heart and Relationship” with God! He had six sons and King Solomon was chosen to become his successor - Which we know still today - The most wealthy King in History, from God's Favor on His Life!
Elisha received “Double Portion” of the anointing because he was willing to “Submit” under his teacher Elijah and “Serve” for 21(+) years!
Elijah saw “The Abundance of Rain and Fire of God” because of His “Faithfulness in Obedience” to God!
The list goes on and on and on of the “True Champions” of God that received their “Reward” - For not giving up, but yet “Persevering” through the intense “Struggle and Frustration of Suffering the Tests" (even if it was of their own making) - God allowed them to endure.
See the Timing of God’s Promises for You, Is in Your Hands!
How long will it take for you to understand, the longer you stay on the cross and allow God to crucify your flesh, the quicker you will receive your “Reward of Faithfulness” from Him? But, if you pull yourself off the cross before the testing is completed, you have to start all over again!
How long will it take for you to understand that God has much to give to you – But He cannot put “A Whole Lot of Promise in a Little Bitty Place” – So He has to "Stretch" you to make room for the Promised harvest? There is always a Method to God’s Madness!
He Loves You and wants you to have the Best Always! However, like the children of Israel, we go around the mountain 40 years because of our limited mindset and stubbornness! We allow our “Test” to continue – When God wanted it to end a long time ago!
So many today despise the word “suffering” and don’t even want to think about going through the “Testing Season!”
But - The prerequisite to Greatness is “Suffering!” There’s a “Whole Lot of Promise” for a season of Suffering! How will you do in the Test? Will you pass or fail? When you pass – You receive Promotion! When you fail – You retake the test!
Remember, the “Crown is in the Cross!” You must carry the weight of the “Cross to find Your "Destiny" Crown!” For those who will not give up – You will pass and “Your Crown of Blessings” from passing the test, will be waiting!
🔥🔥🔥***BREAKING NEWS***🔥🔥🔥
"According to My Source - Our Time of Waiting, is NOW coming to an end! God said, You're Just about to arrive! Don't stop Praying, Praising, Pursuing and Working Your Faith! Rejoice as "God Turns it All Around!"
It's "ALL" been for Your Good! Praise Him - He is Bringing YOU into Your Long Awaited Promises!
Blessings this Day and Always,
Dr. Brett Watson
BrettWatsonMinistries.org
#BrettWatson #BrettWatsonMinistries #EmergeLifeChurch #Jeremiah2911Life #Jesus #LearningToWaitOnGod #NewSeasons #Wait #WordOfTheLord #Jesus #NewSeasons #Wait #TimeOfWaitEnding

The Power of Sight!

Perception [ per- sep -sh uh n ] –noun The act or faculty of apprehending by means of the senses or of the mind; cognition; understanding. Immediate or intuitive recognition or appreciation, as of moral, psychological, or aesthetic qualities; insight; intuition; discernment: an artist of rare perception. The result or product of perceiving, as distinguished from the act of perceiving; percepts. Psychology. A single unified awareness derived from sensory processes while a stimulus is present. (The American Her itage Dictionary of The English Language - Third Edition - Houghton Mifflin Company 1992) My own definition of Perception -Is to see beyond your present moment of existence or circumstance into your desired end! Today I thought about my own desires of the many years I have waited for specific dreams to become a reality in my life. I know when I hear God's voice, as He has spoken the promises of a great future. I know when he s
Read more

Word of The Lord & Prayer of Declaration! 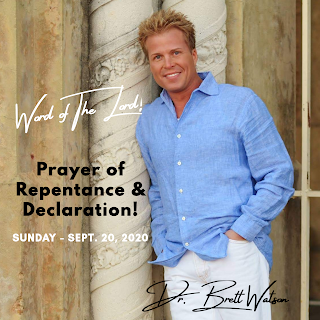 09/20/2020 Ladies and Gentlemen, Under the direction of the Lord in prayer - Father God has given me a prayer below, for all of us to pray aloud in agreement and syncopation with His agenda! 🙏🙏 We are going to Win! We have arrived into the "Breaking Forth Advancing Season of the Lord!" As I prepared to follow His leading with posting the prayer, He then began to speak. Here is the "Word of the Lord," with the prayer of agreement underneath. 🔥🔥🔥🔥🔥🔥🔥🔥🔥🔥🔥🔥🔥🔥🔥🔥🔥🔥🔥 Word of The Lord: Father God said, "Watch NOW, as Major Victories begin to take place for You says the Lord. I am advancing my remnant people into the PROMISED LAND! You are shifting Now into Your Destiny Positioning, with Victory after Victory!!!! Hear Me as I speak, I shall promote the faithful who have stood with Me and My Principles and Standards!  Those who have held Me close to their hearts, crying out to me believing - In spite of all that has surrounded them for My Promises,
Read more